Lagree, Reformer, Mat Pilates: Here’s Everything to Know About Each, According to a Fitness Pro Ever since two wildly complicated (yet beneficial) classes at Pilates Platinum and Studio MDR, I’ve been absolutely sworn against reformer pilates classes.

All these years later, it wasn’t until a recent conversation with certified pilates instructor Taylor Jean Stephan that I learned those aforementioned studios are home to Lagree, which isn’t technically considered pilates. And its machine of choice is, in fact, not a reformer. That’s right—these extremely difficult, small movement exercises take place on a Megaformer. To be fair, I did know there was a difference in machinery. But I didn’t realize those ultra-intense, state-of-the-art reformers were for a different workout altogether. Like all this time, I may have been willing to give the traditional wooden reformer a chance had I understood the difference between Lagree and pilates.

Because I’ve sworn off any type of reformer altogether, I’ve settled for a happy medium with mat pilates. Namely, at Hot Pilates, the trendy heated mat class in West Hollywood’s Sunset Plaza. I honestly love the classes there, but snagging an open slot off ClassPass is like finding an available street parking spot in Koreatown—very tough. Therefore, it may be time to step out of my comfort zone and into a studio that isn’t adorned with its signature flame.

To help me better understand the difference between Lagree and pilates (and to make me feel a little less angsty about the former), I enlisted the expertise of YouTuber, certified Lagree instructor and Banish acne care founder, Daisy Jing. Yes, the multi-hyphenate—who just launched her beauty brand’s gentle mineral sunscreen called The Defender—knows a little bit of everything. And luckily, fitness is one of those things.

Keep reading for the difference between Lagree and pilates in terms of machinery, exercise and results!

Most Notable Difference Between Lagree and Pilates

The concept of Lagree falling under the pilates umbrella isn’t far fetched. Lagree’s founder, Sebastien Lagree used to teach pilates before developing his own namesake method of exercise. Pilates, however, was founded by Joseph Pilates and it was initially created with rehabilitation in mind.

“In the Lagree method, you hold the poses until muscles fatigue and start shaking, creating long lean lines,” Jing—who instructs at Pasadena’s Club Lagree—explains to skyelyfe. “You’re not using weight to sculpt the muscles, just time. It’s been the hardest workout I’ve ever done to date and the holds can be excruciating—but it’s so effective!”

Even in terms of traditional pilates, you then have the breakdown of reformer versus mat. Like their names suggest, one takes place on a reformer and the other takes on a mat. But what about difficulty, movements and results?

“Mat pilates will use bodyweight or small dumbbells, resistance bands or small props to build strength,” Jing explains. “Reformer pilates or pilates on a machine uses the pull and weight of the reformer to shape the body.”

If toning-up is your call, Jing suggests mat. But if you’re looking to build core strength, she says reformer is your calling.

What a Lagree Newbie Can Expect During Their First Session

Jing isn’t here to sugarcoat your foray into the experience. But she assures the struggle will be worth it.

“You can expect it to be difficult, but just try your best,” she says. “There’s going to be a ton of work on your core, and you’ll be on your hands and knees a lot. There will be a lot of shaking—embrace the shake! All the moves done in Lagree have to be done really slowly for you to use that muscle group.”

The Difference Between a Megaformer and Traditional Reformer

The difference between the two machines starts with its origins. The Megaformer was invented by Lagree, and its main purpose was to hold movements for a long amount of time.

“Traditional reformer poses aren’t supposed to be held for a while,” Jing explains. “Also for regular pilates, you’re on the machine on your back a lot. In Lagree, you’re rarely on your back. You’re on your hands and knees a lot, which is so much work for the core to hold you up.”

Why Lagree Is a Strong Mental Health Exercise

Jing, who suffered from severe postpartum anxiety amid lockdown, turned to regular Lagree classes right after her COVID-19 vaccine. As a former gymnast and track and field athlete, she calls it not only the hardest workout she’s ever done, but the only thing that helped with her angst.

“The mental toughness you need to conquer the moves in Lagree helped me keep anxiety at bay,” Jing says. “It’s really a mental workout! You have to conquer all the negative thoughts you have during the workout, and my motto is always, Your mind has to be so strong it conquers all the negative thoughts in your brain. Our brain was developed in prehistoric times for us to ‘be safe’ and it takes mental fitness for us not to give into negative spirals.”

After obtaining her first-ever six-pack from taking Lagree “religiously,” she took upon herself to start teaching.

“I love motivating others to be their best self,” she says.

Now that you know which workout to take, HERE‘s the most stylish way to dress at your class! 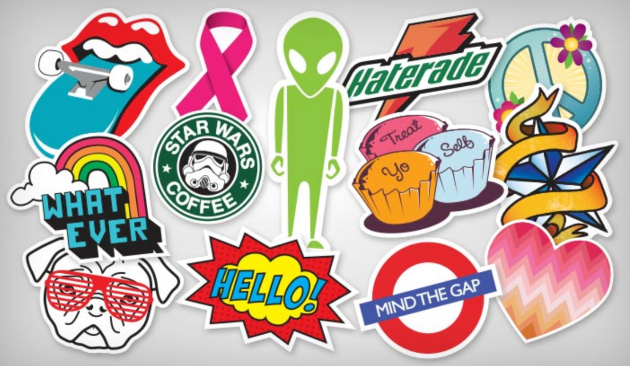 Creating Your Own Brand Can Be Cheap, Easy and Fun, Thanks to THIS Company How to Stay Fit If You’re a Social Drinker, According to a Personal Trainer in L.A.

Skyelyfe was created by veteran entertainment journalist Dahvi Shira in Sept. 2014. The site captures the love for her favorite people, places and things in the City of Angels—while incorporating the name skye, which represents dreams with no limits. END_OF_DOCUMENT_TOKEN_TO_BE_REPLACED